You are in:  Classes 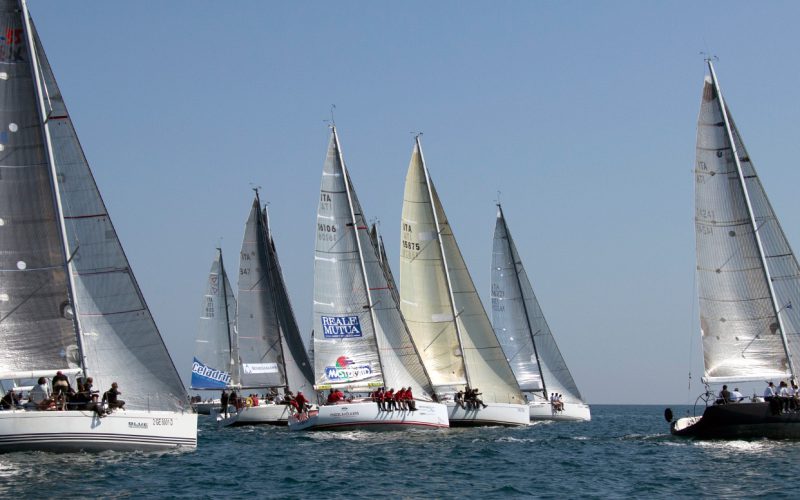 ORC / IRC
The Offshore Racing Congress (ORC) and the International Racing Certificate (IRC) are the most common rating systems for offshore racing.
ORC is the technical body of the International Sailing Federation (ISAF) and is responsible for rating and classes of sailing boats. The “ORC- International” standard is the official international standard for rating competitions and takes in consideration, among many other factors, stability, drag, longitudinal moment (tendency to pitch), sail plan, mast aerodynamic resistance, building materials, fixed accommodation, depth, crew weight, differences in performance of the vessel in various winds, etc.
The IRC, instead, maintains the secrecy of its formula, guarded by the R.O.R.C. (Royal Ocean Rating Club), as its strong point. This prevents designers from taking advantage of the rule when designing new boats, and levels the playing field to so no vessel starts a race knowing that is already defeated. The IRC does not take in consideration factors like the weight of the crew, the dimensions of the appendages – ship-owners that declare that theirs have been modified are penalized – and the straightening calculation which are at the basis of the IMS and have brought, in the past, extremely unstable vessels on regatta courses and ungovernable with 25 kts of wind.
The handicap calculation is based on real time corrections (disregarding  distance travelled) and does not take into account the “polars” (correction coefficients that vary with the wind intensity) which was one of the main sources of disagreement between racers and organizers, since wind intensity at the start line could be very different from that in the course. 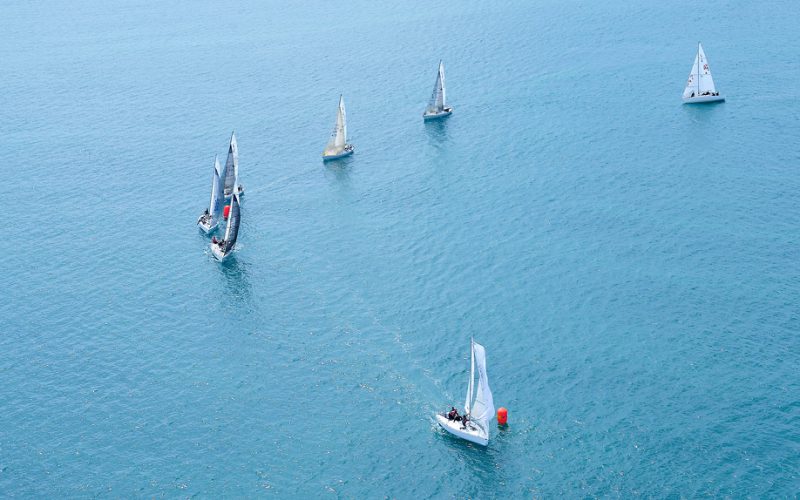 J 24
The J24 is a “monotype” with distribution all over the world. In Italy, it is the most common boat between the monotypes thanks to its low purchase cost purchase and maintenance. There are 150 boats enrolled in the class, divided into 10 local fleets that enliven the season with events and prestigious regattas with more than 120 competitions a year. An important feature of the boat is that it maintains its high sporting performance over time. The class offers all levels of competition, club, local, national and international, where the owners often use aspiring and international level skippers. The possibility of racing with champions is one of the strong points of the class.
The crew is composed of 5 members, and the fundamental roles are the helmsmen, main trimmer, and bowman. The best have a specific job. The others man the halyards. The J24 its one of the classes with a major presence of female athletes. 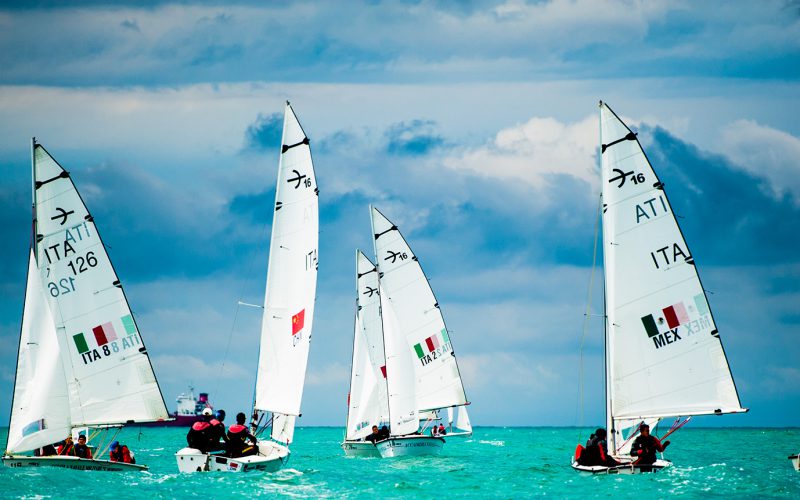 TRIDENT 16
The Trident 16 was designed by the internal planning studio of the C.N.To. Nautical yard. It is a very spacious boat particularly adaptable for either sailing schools or family outings. It introduces the novice sailor to the fundamentals of sailing, safely accompanying him every step of the way into the fascinating world of sailing. It is very stable, solid and easy to handle. Originally the hull had a sharp edge; it is now round. It’s avant-garde hull design allows the boat to reach a good level of performance thanks to its optimal over-sized main sail. Particularly strong, the cockpit is self-draining with ergonomically inlaid seating for a 4-5 person crew, the ample watertight locker and the anchor locker makes this centerboard dinghy ideally suited for a long day sailing in pure tranquility.
The Trident 14 was designed by the notorious ship architect Paolo Cori. It’s a very stable hull, whether sailing or anchored.   It has a spacious and ergonomic cockpit, seating along the inside edge to the stern, an ample watertight bow peak locker, an high boom, an efficient and versatile sail plan thanks to the full batten square top geometry of the main sail, developed specifically for this boat.  The Trident 14 is an evolution of the diffused Trident 16.  It differentiates itself with its smaller weight, the greater stability, and easy to sail. It can also be sailed by one person. It’s simplicity and ease of handling and optimal performance under sail makes it a good compromise whether a novice or more seasoned sailor. The boat is entirely constructed laminated fiberglass on female  plugs (mould), guaranteeing structural integrity for a long life expectancy. It’s superior solidity and stability both statically and sailing make it a suitable boat for sailing schools or family sailing when compared with most other boats of this type. 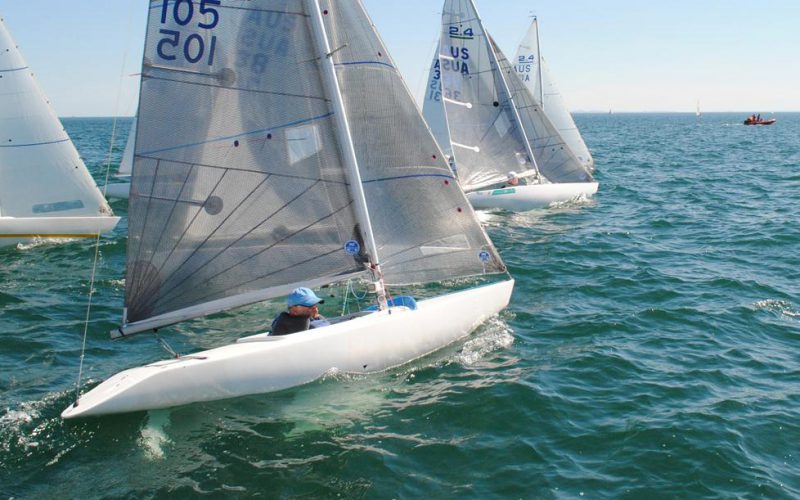 2.4 mR
The 2.4 was born in Stockholm in 1983, designed by local designers who used the rule “R Meter” to create a boat single bulb, the 2.4 mR. It is a real boat “thoroughbred” characterized by a complexity and sophistication for boats with a bulb, but the costs and the sensitivity of a simpler boat. It is a younger sister, in terms of size, but no sailing style of larger boats metrics 6m, 8m and 12m (the latter used for the America’s Cup). Because the skipper is sitting inside the hull exactly in front of all control maneuvers, the conduct is not binding from a physical standpoint and regattas are sailed in the formula “open” that is open to men, women, young and old young, able and disabled, i.e. all competing together without distinction of class. Cause that the weight of the crew is always close to its center of gravity, the 2.4mR boat is not sensitive to differences in size of the athlete. Conversely, that is a boat in which they are both very sophisticated sail trim, the tactics and the race strategy. 2.4 The class soon got a lot of popularity for its unique qualities and has spread around the world. In 1992 the class has achieved the status of “international class” and since then every year is played in the world championship with a stake of between 60 and 100 units. Since the 2.4mR is suitable for sailors with physical disabilities it has been chosen as a single class for the Paralympic Games in Sydney in 2000. The main fleets are found in the Scandinavian countries, Italy, England, Germany, Australia and the USA. 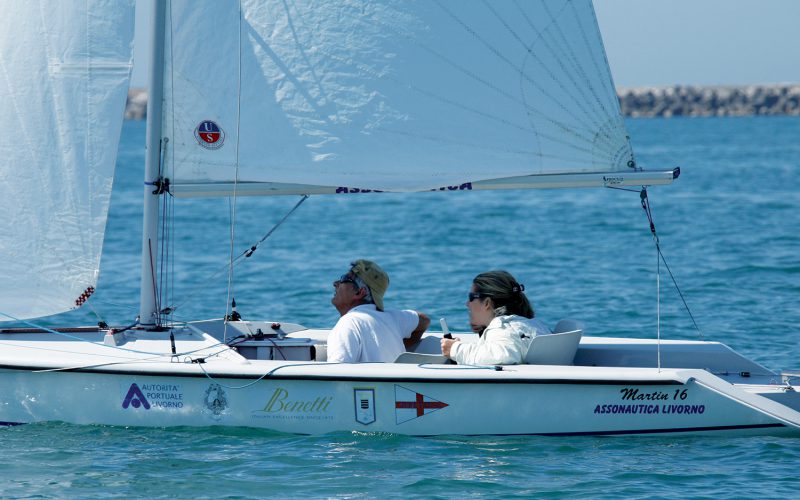 MARTIN 16
The Martin 16 is a small high performance sloop suitable for people with disabilities. The weighted keel makes it a very safe boat. The high stability of this boat with adjustable maneuvering position and special control systems makes the Martin 16 one of the most accessible and easy to maneuver. At the same time it is suitable for skillful sailors as it guarantees high performance. In addition, the Martin 16 offers automatic steering systems and sails’ release. The Martin 16 has an overall length of 4.9 meters, a width of 21.1 meters, an immersion with lowered keel of 0.40 meters, the displacement is 330 kg and a crew of maximum 2 people.

LASER BUG
The standard Bug is addressed to young people, beginners and racers. It has a double simple and practical rig. Thanks to the gooseneck with two positions, the little and the big sail use the same boom and the same mast’s bottom, therefore change them takes only few minutes. In this way, the Bug is suited to children (up to 11 years), but it can be transformed into Bug Race, suitable for older children, by replacing the sail and the upper part of the mast. 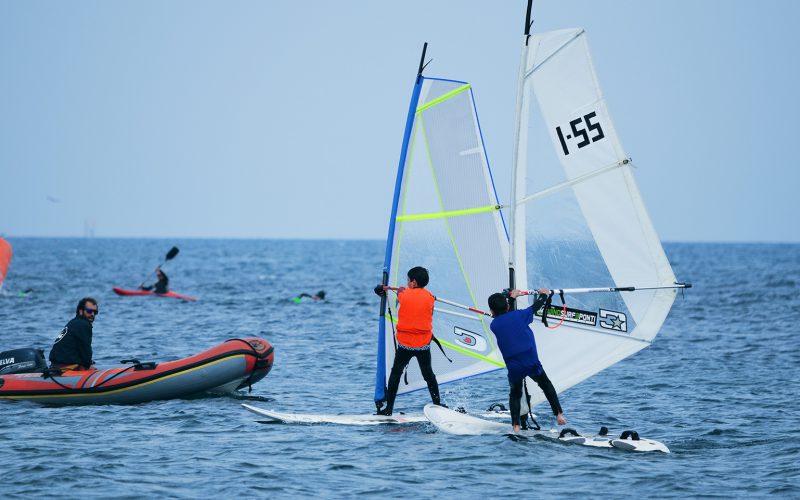 WINDSURF
The windsurf is a sport that consists of stirring on the water on a table thanks to the action of the wind on a sail, even if in some particular cases the main action, contrarily to how believed, is produced by the wave riding in a way similar to the wave surf, with the sail of redoubts dimensions destined to act only from complementary element to the general push. The sail is climbed on on a mast fixed to the table through a joint universal (sometimes realized with a joint cardanic, more often through flexible material) known as the “foot of the mast” and it is sustained and checked by the sailor or windsurfer.